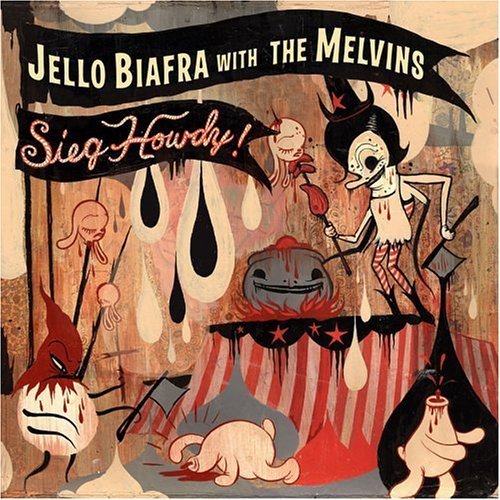 Sieg Howdy! was released in 2005 on Alternative Tentacles Records.

It is the second release by Jello Biafra and The Melvins, and consists of songs recorded during the same sessions that produced their first collaboration Never Breathe What You Can't See but not used on that album, as well as four remixes of songs from that album.

The opening track, a cover of the Alice Cooper classic "Halo Of Flies", has special significance for Biafra and The Melvins, as Biafra had heard The Melvins cover it when he first witnessed the group perform live.

Also featured on the album is an updated version of "California Über Alles" with new lyrics by Biafra about the recall campaign that placed Arnold Schwarzenegger in the California governor's office, as well as "Those Dumb Punk Kids (Will Buy Anything)", a song where Biafra openly criticizes his former Dead Kennedys bandmates.

The remix of "Enchanted Thoughtfist" is the first time Biafra and his fellow co-conspirator in Lard, Al Jourgensen of Ministry, have collaborated on a recording since the sessions for Pure Chewing Satisfaction and 70's Rock Must Die.